Zimbabwean players have benefited from the tour by New Zealand after they moved up the batsmen and bowler rankings following the latest update by the International Cricket Council. 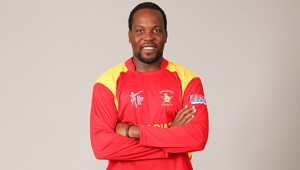 It was really a productive Series for a number of local batsmen, with Sean Williams moving up five places to 51st. There were also gains for Hamilton Masakadza, who moved one place up to 57th, while Sikandar Raza also moved 12 places – just a place behind Masakadza.
Chamu Chibhabha was also on the move and is now placed 86th after moving three places up the ladder although Zimbabwe lost the ODI Series 2-1. Craig Ervine was Zimbabweâ€™s leading run-getter and his tally of 174 runs in three games including his debut century (130 not out) in ODI cricket. As a result the 29- year-old has passed the 1,000 run mark in ODIs and has vaulted to a career high 76 in the world. To date, Ervine has managed 1,035 runs in 35 matches.
South Africaâ€™s AB de Villers remains the top batsman in the world followed by Kumar Sangakara of Sri Lanka and Hasim Amla, also of South Africa. Zimbabweâ€™s top placed bowler is Prosper Utseya in 40th position, followed by Tinashe Panyangarara, who has moved 15 places up to 87th.
Mitchel Starc of Australia leads the bowlers table, followed by Trent Boult of New Zealand and Surine Narine of the West Indies. The New Zealand tour, however, did not do much to Zimbabweâ€™s standing in ODI cricket, as they remain in 11th position with a ranking of 45 points. They gained 10 points on 10th placed Ireland who are on 50 points. Australia are the worldâ€™s leading ODI playing team.