Brian Mangwende was on Friday booted out of the Zimbabwe National Editorsâ€™ Forum (ZINEF) where he was chairman when an extraordinary general meeting (EGM) voted him out over a controversial loan he earlier acquired from the organisation. 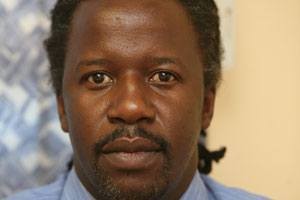 16 of the 21 ordinary members who attended the EGM voted against Mangwendeâ€™s continued tenure as chair, while five supported his stay.
Managwendeâ€™s exit was accompanied by tense moments when two of the ZINEF council members, Njabulo Ncube (deputy chair) and Maxwell Sibanda publicly contradicted his claim that he had sought their approval when he applied for the controversial loan.
There was an outcry early this year when reports emerged that Mangwende had unprocedurally acquired a $2,100 loan for personal use, a development that is said to have angered ZINEF donors.
While Mangwende repaid the loan, members still felt that Mangwende had tarnished ZINEFâ€™s image and adopted a resolution to vote for his stay or departure at the EGM, which was purportedly held to enable the forum to adopt its financial report.
Mangwende, who spent the greater part of the day away and only arrived for the meeting when the vote was about to take place, was asked to explain how he obtained the loan.
â€œI phoned all the board members and they agreed that I could go ahead and acquire the loan from MMPZ (Media Monitoring Project of Zimbabwe that is administering the ZINEF account).
â€œI was surprised that I acted waywardly when it is clear that all the people who mattered where in the know. I never held a gun against anyone to get the loan and I repaid it within the stipulated one month period,â€ said Mangwende.
Delegates were, however, not satisfied and challenged the other board members to confirm the claim.
That is when Ncube, who automatically became he acting chairman, and Sibanda, spoke out and dismissed Mangwendeâ€™s claim that he got their approval.
â€œI donâ€™t know where Mangwende is getting all that from because he never called me. Itâ€™s strange that he is saying that to the delegates,â€ said Ncube, who said the loan had come back to haunt Mangwende.
The only board member who confirmed that he was phoned by Mangwende was Barnabas Tondhlana, the secretary general who members whispered was a close friend of the former chair.
Oliver Gawe, the treasurer in the council, remained quiet.
When he was informed of his â€œsuspensionâ€, Mangwende once again took to the podium and accepted the decision of the membership.
â€œIf it is your view that I must go, I will step down. Who am I to act against your wish?â€ said Mangwende, who then walked out before the meeting ended.
A new board will be constituted at the next annual general meeting in January 2016. Post published in: News