The Zimbabwe Youth Council held â€œelectionsâ€ yesterday to choose a new board that is expected to turn around the fortunes of the youth regulatory body for the next three years. 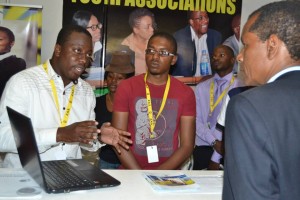 But the Youth Agenda Trust reports that the Thursday gathering at Mukwati Building in Harare disguised as elections turned out to be â€œone of those Zanu PF meetings meant to sanitise bogus processes that promote the partyâ€™s stranglehold on state institutionsâ€.

The trust says the electoral process was hugely flawed from the start.Â  â€œMany associations that are members of the Council were not aware of the elections, which appeared a deliberate ploy by the mother body to gag some members whom they feel do not represent the correct ideology,â€ said the trust in a statement.

â€œMore than 15 bonafide youth associations were turned away from the venue after their names could not be found on the votersâ€™ roll, which was dominated by Zanu PF-aligned associations. We doubt whether some of these even exist on the ground. To imagine that youth associations got to know of the venue of the â€œelectionsâ€ through text messages after 8PM on Wednesday shows that the Council was not sincere about holding a credible election,â€ reported the trust.

â€œHow they expected associations from as far as Bulawayo and Victoria Falls to make it to the venue in time boggles the mind. There was no proper communication with regards to the positions that were to be contested for let alone the names of the candidates that were contesting. The venue of the elections alone was intimidating to the youths let alone the heavy police presence. In addition, how the interviews for the 8 appointed posts remain shrouded in mystery. YAT had to pull out of the scheduled poll because of these gross irregularities.

â€œAs Youth Agenda Trust, we would like to condemn this bogus gathering as a non-event and that it is a clear indication that the Zimbabwe Youth Council is now back to where it started (Zanu PF). There is no doubt that the ZYC is now just an extension of the Zanu PF youth league whose policies and programmers will certainly not benefit genuine member associations. It is our conviction that without genuine reforms, the ZYC will remain a partisan institution whose mandate is determined a political party without the participation. Youth associations will meet next week to chart the way forward.â€ – www.youthagendazim.org