At least two Zimbabwean soccer players will march onto the podium to collect the MTN8 gold medal, after Ajax Cape Town and Kaizer Chiefs booked themselves a place in the final last weekend. 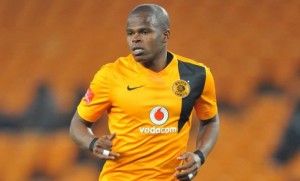 Defending champions Chiefs â€“ with Zimbabwe Warriors midfield hardman, Willard Katsande, and winger Ovidy Karuru in their ranks, beat Bloemfontein Celtic 1-0 at the FNB Stadium on Saturday to prevail 2-1 on aggregate, after the first leg ended 1-1 in the Free State two weeks ago.
On the other hand, underdogs Ajax rose from the proverbial dead, when they came off the back foot of 1-1 home draw against a more expensively assembled Wits to claim a 1-0 win away from home – at the Bidvest Stadium on Sunday.
The Urban Warriors, who discarded Katsande about three seasons ago, are home to two former Highlanders players â€“ Milton Ncube, who sat on the bench on Sunday and striker Thomas Chidewu, who is still awaiting his work permit.
Ajax striker Nathan Paulse, who scored the winner against Wits, said soon after the game that he expected a packed house when the Urban Warriors battle the largely followed MTN8 holders in the final next month, but his coach Roger de Sa said it was too early to discuss the game.
“A cup final is a once-off affair. It’s about who can hold their nerve and everyone knows that when you play Chiefs, they are a big team that come with a full crowd,â€ said Paulse. “We are just happy to be there and enjoy the occasion. It is another final we have reached in the space of two or three months.”
Ajax also reached the final of the season-ending Nedbank Cup last term, which they lost to Mamelodi Sundowns, as they continue to rise under Roger de Sa, who won the Nedbank Cup with Wits at the FNB Stadium in 2010.