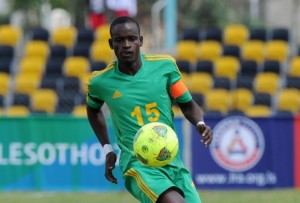 The former CAPS United star has made the match day line up just once, in the 2-0 defeat to Midtjylland at the end of last month. Hobro are enduring a poor run and currently anchor the Superliga table with just seven points from their first nine matches.

They are home to two other Zimbabweans, veteran Quincy Antipas and teenage prospect Tanaka Chinyahara, who has also yet to make his bow for the club. Antipas meanwhile is still out with an ankle injury suffered at the end of May. In Sweden, forwards Tinotenda Kadewere and Mathew Rusike have hit the ground running though, with the former making his third substitute appearance on Sunday as his team Djurgarden went down 2-0 to Malmo FF on Sunday.

Teenage star Kadewere has been used mostly as a late second-half substitute in his sideâ€™s last three matches, while Rusike is already an established starter at struggling Halmstads, where he has scored three goals in six matches.

In the Netherlands, former Bantu Rovers star Marvellous Nakamba was rested for the first time this season as his Vitesse side beat Degraafschap 3-0. He has been enjoying a fruitful spell at the club, having started the first five league matches of the season.