President Robert Mugabeâ€™s state of the nation address presented to Parliament last week has sparked outrage among ordinary citizens here, who say it has plunged them into hopelessness as he failed to articulate any solution to the economic crisis. 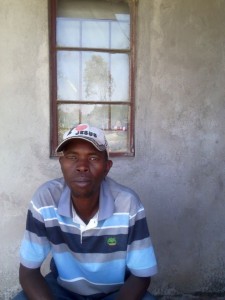 Mugabe does not know state of the nation: Onwell Marasha

People fumed at Mugabeâ€™s failure to outline a roadmap towards an end to their suffering emanating from economic hardships.
Vusa Mujikwa, 41, from Lundi Park, said the speech was virtually empty and marred by policy inconsistencies.
â€œMugabe said as part of creating jobs, they are going to spend their energies on beneficiation of minerals. However, a couple of weeks back, the same government announced that it had lifted the ban on all exports of raw chrome.
â€œThatâ€™s one conflict. The President also speaks of creating jobs and boosting the economy via the agricultural sector, but we all know that the sector is paralysed after they chased away productive commercial farmers. He also spoke of diaspora investments – but again how can people living out there invest in a country were their rights like postal voting have been scrapped?

Basics of democracy
â€œThese are all inconsistencies which show we are going nowhere as a nation because our leader is unidirectional and clueless on solving our plight,â€ he said. Mujikwa said Mugabe should admit failure and allow a process of government change by going back to basics of democracy that allow free and fair polls.
Violet Mutosva, 51, from Mkoba said the address threw away all the hopes of senior citizens who expected to be told how they would be cushioned against economic hardships.
Freddy Makovera, a former police officer, said: â€œThe workers, who have plenty of issues to cry for, did not find a solution from the speech because he does not say how he will open industries that are closed. The President has just failed us all.â€
Ngoni Chinganga, 57, a pensioner, said Mugabe failed to give a clear message on corruption, which showed thatÂ  no hope could be derived from his address.
â€œPeople who are occupying crucial positions of driving the economy in government have always been corrupt and Mugabe has confirmed that in the past. However, we did not hear him saying exactly how he will deal with graft. So in a nation where graft is rampant, how can investors come and how can you grow the economy? We are all disappointed by his speech,â€ he said.

Vending malls
Gogo Ndlovu, a vendor operating in Mkoba, said Mugabe disappointed them by spelling out impractical measures to end illegal vending. â€œThe President said there should be creation of vending malls for us. But how can the local authorities build them when they do not even have money to just clear open land for us to have a place to sell our wares from?â€ she asked.
Viola Manase, 48, from Mkoba, said her common sense tells her that the fact that Mugabe did not say how the manufacturing sector would be revived means the country will not export and therefore the economy cannot be revived when the nation is producing nothing.
Onwell Marasha, a former student activist at the Midlands State University, said â€œIt was more of an election manifesto than a State of the Nation address. He seems to be unaware of the conditions prevailing in the country he calls “my Zimbabwe”. But I am not at all surprised because he spends the bulk of his time in foreign lands. All our hope for change in our suffering was destroyed,â€ he said.