Mozambican President Filipe Nyusi on Monday reaffirmed his governmentâ€™s commitment to improving the business environment, in order to expand facilities and incentives, so that the private sector may innovate and implement its business plans without expensive and time-consuming bureaucratic procedures. 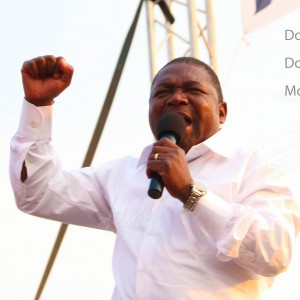 Speaking at the opening of the 51st edition of the Maputo Trade Fair (FACIM) in Marracuene district, about 30 kilometres north of the capital, Nyusi stressed that the government has recently made improvements in its dialogue with private business.

He was optimistic that this would breathe new life into the existing partnership, and galvanise the role of the private sector as a worthy champion of economic development.

Nyusi repeated his warning that the country that the country should not bank entirely on the foreign investment megaprojects. â€œI want, once again, to take advantage of this occasion to urge the private sector to invest more in traditional economic activities, such as agriculture, agro-industry, livestock and fisheries, in order to promote the rural areasâ€, he said.

He wanted to see the private sector add value to the raw materials produced in the country, intervening in the value chain and creating new jobs

Nyusi also encouraged the creation of more cooperatives and economic associations. He hoped that they would â€œgain critical mass, stimulate economies of scale and solve problems that have proved difficult to solve in isolationâ€.

He assured private business that the government will remain committed to the search for a creative vision and approach to make natural resources the motive force of sustainable economic and social transformation, and for the promotion of industrialization.

Economic growth, Nyusi added, should create visible improvements in the welfare of the population, favouring inclusive economic growth and the reduction of social inequalities.

FACIM this year is being held under the motto â€œPromotion of the Economic Potential of Independent Mozambiqueâ€. 2,950 companies and institutions are exhibiting, 680 of them foreign.

Nyusi said the presence of so many companies, from the most varied sectors of activity, showed the strategic important of the trade fair as a window display of what Mozambique produces, consumes and exports.

â€œFACIM is more than a mere exhibitionâ€, said the President. â€œIt is the thermometer that measures the pulse of our economy, reflecting the selfless efforts of Mozambicans to win their economic independenceâ€.

Nyusi, who visited several of the pavilions, and spoke to the exhibitors, declared that â€œthrough the products displayed we witness an entrepreneurial spiritâ€. This was clear in across sectors ranging from agriculture to tourism, from construction to finance, from mining to transport â€œwhich shows that the Mozambican economy is becoming more robust and diversifiedâ€, he said.