Hwange FC goalkeeper Lionel Mwale failed to land a contract with South African National First Division side Black Leopards not because he lacks the talent â€“ he just was too short for them. 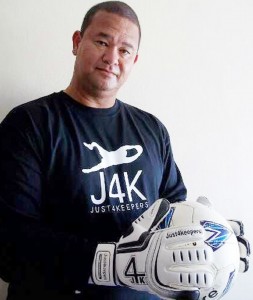 That is the latest revelation from gangling former â€œDream Teamâ€ keeper, Pernell McKop, who is now the goalkeepersâ€™ coach at the Limpopo-based side. â€œI recently had the Zimbabwe national team Under-23 goalkeeper on trial here at Leopards, but unfortunately, we could not sign him because he was too short,â€ said McKop, who ironically should have watched as the pint-sized Japhet Mparutsa beat many taller goalkeepers to the national teamâ€™s Number One jersey just before his own break to the Zimbabwean PSL.

â€œThe Wankie goalkeeper spent three weeks with us and proved his talent, but we needed someone of a bigger stature. Not taking anything away from him, the young man is talented. I was impressed by his performances and it was unfortunate that I was not able to keep him, also because of some technical aspects that got into the way.â€

McKop however, described Mwale as talented future asset for the national team. â€œMwale is the future. He has age on his side and considering his talent, I am confident that he can play for any (other) team in this country. I can vouch for him to be the next big thing in our country,â€ added the former Zimbabwe Saints and former Highlanders goalkeeper, who wishes to help Zimbabwean soccer at a later stage.

â€œI have always been available, should they need my services. I am there to serve my country at any level and have always wanted to see my country regain its lost glory in the world of football. It saddens me that we continue failing to qualify for international tournaments. There are a lot of former talented players who can contribute to the growth of our football and I am one of those.â€
He called for more corporate support for the game back home before Zimbabwe could expect to turn the corner.

â€œIt would be better if more and more businesses ploughed back to their communities through sponsoring football. The sport can take the nation forward. If we unite for a common purpose, we will go far.â€ The former junior and senior national team goalkeeper joined with Leopards last year in August and helped the team to the runners-up spot and qualification to the promotion/relegation play-offs that were eventually won by Jomo Cosmos.

McKop was forced to retire from playing and take up coaching in 1992, by a nagging back injury that struck him at the age of 27. This was a time when he was enjoying his football at Highlanders. He was encouraged by then Highlanders coach Barretto to enrol for courses as a specialist goalkeepersâ€™ coach and was immediately roped into the Bosso technical department. He has also worked with Absa premiership sides Santos, Free-State Stars, Bay United and Maritzburg United.