Richmond Mutumbami and Taurayi Muzarabani have been included in the Zimbabwean squad to play Pakistan in two Twenty 20 and three One Day Internationals. 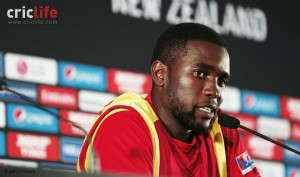 Mutambami who is 26 has been selected as a wicket keeper and batsman ahead of Regis Chakabva who kept wicket when New Zealand came to Zimbabwe in August.

Muzarabani has played in three Twenty 20 matches for Zimbabwe but has never played in ODIs.

The rest of the squad comprises of players who were in the squad for the games against New Zealand.

â€œThe dynamic of the squad is made up of calm and aggressive
combination. Itâ€™s a team based Â on building a performance related
culture and giving a platform to the younger future players to prove
their ability,â€ said convener of selectors, Kenyon Ziehl.

Pakistan are scheduled to arrive in Zimbabwe on September 24 for the games that start three days later. The two teams will then play the ODIs during the first week of October.

Al the games are at Harare Sports Club.