Three Zimbabwean batsmen recently moved up the ladder in the latest world rankings released by the International Cricket Council, despite their 2-3 ODI defeat to lowly Afghanistan. Sikandar Raza moved a staggering 14 places up the pecking order to 40th in the world, while Sean Williams is now placed 44th, after moving seven places up. 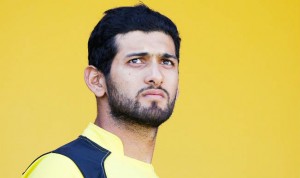 Three Zimbabwean batsmen recently moved up the ladder in the latest world rankings released by the International Cricket Council, despite their 2-3 ODI defeat to lowly Afghanistan.

Afghanistan batsmen were enviously the biggest beneficiaries, with Ali Zadran managing to break into the top 100 after vaulting 26 places up to 93rd in the world. However, their highest-placed batsman is Mohammad Nabi, now on a career high of 47th having moved 26 places up the ladder.

The rankings were updated following the conclusion of the five ODI Series between Zimbabwe and Afghanistan and South Africa and India. Chevron Tendai Chatara, who missed the Afghani Series through injury, dropped seven places down the bowlersâ€™ pecking order, and is now placed 41st in the world, down from 34th position.
Zimbabwe stayed in 10th place on the ODI rankings, a fraction ahead of Ireland, with Afghanistan one point behind following their historic Series win over a Test playing country.