Ever-green Zimbabwean volleyball coach Nkosilathi Moyo is vying for a top South African award after he was nominated for the Coach of the Year award. 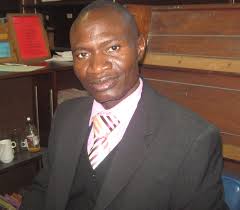 This is the first timehe has been nominated for the National Sports Award. In recent years Moyo has won 23 gold medals, four silver medals and two bronze medals.

â€œFor me to be nominated alone for a top SA award is the greatest achievement,â€ said Moyo, who is the head coach and Director of Johannesburg Spikers Volleyball Academy and Troyeville primary school head coach.

Over weekend, Moyo also won the American International School of Johannesburg Volleyball Tournament.Â  In the last two years Moyo, who is also the head coach for Gauteng Province under-19 boys squad, has been awarded the Gauteng School Sport Awards Coach of the Year.

In November he victoriously led his four Troyeville teams in their fight for a ticket to South Africa’s national volleyball games.
His team remains unbeaten in Gauteng since 2009 and only lost once nationally, to KwaZulu-Natal in the national finals in 2012.