Soccer fans who follow the Absa Premiership are set for two bumper weekends as some of Zimbabweâ€™s senior national soccer team players come head-to-head beginning this and next weekend. The Soweto Derby between reigning Absa Premiership champions Kaizer Chiefs and bitter rivals Orlando Pirates, which ranks 20th in the world, gets the action rolling with 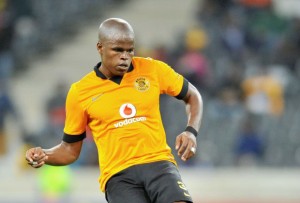 Soccer fans who follow the Absa Premiership are set for two bumper weekends as some of Zimbabweâ€™s senior national soccer team players come head-to-head beginning this and next weekend.

The Soweto Derby between reigning Absa Premiership champions Kaizer Chiefs and bitter rivals Orlando Pirates, which ranks 20th in the world, gets the action rolling with a league clash at the giant FNB Stadium on Saturday afternoon.

Telling in that game will be the participation of Zimbabweâ€™s best holding midfielder at the moment â€“ Willard Katsande, who has become the mainstay for every Chiefs coach since he joined from Ajax Cape Town about three seasons ago.

Katsande, suspended as the Amakhosi beat Mpumalanga Black Aces 2-1 away in the Telkom Knockout quarterfinals last weekend, is undoubtedly Chiefsâ€™ knight in shining armour â€“ sending bone-crushing tackles that intimidate the opponent and swing the game in his sideâ€™s favour, while also able to play it clean and provide passing options for the likes of Reneilwe Letsholonyane, Siphiwe Tshabalala and George Lebese to finish the job going forward.

Another Zimbabwean in that Amakhosi side, who is unlikely to start the league game, is Ovidy Karuru, influential in the reserve league but yet to crack it in the national team.

This weekend will be the beginning of a two-week stay of the action, as the two sides meet again in a Telkom Knockout semi-final tie in the same venue, which is again set to match â€“ if not surpass, the league game in terms of hype, tempo and competitiveness.

But that semi-final match will just be one tie in a Gauteng province that will host two matches of such magnitude. In the capital Pretoria, Kingstone Nkhatha, who led holders SuperSport United in their 3-1 rout of visiting Golden Arrows with a goal in the quarter-finals last weekend, will be out to make it to the final as his side host cross-town rivals Mamelodi Sundowns â€“ again in the Telkom Knockout semis.

Sundowns, who thrashed Free State Stars 6-1 to reach the semi-finals, boast the services of Zimbabwe Warriors stars Khama Billiat and Cuthbert Malajila, who are both key members of Pitso Mosimaneâ€™s side.

United are holders of the cup, while Sundowns will be out a second successive win in the competition with a win in the semis, where they will hopefully meet one of the Soweto giants in what is set to be the two Battle of the Cities.