On Tuesday, 6 June 1995, over a year after electing the late Nelson Mandela as its President, South Africa ended the use of the death penalty, with a ruling of its constitutional court. 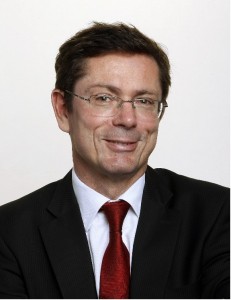 Mandelaâ€™s personal involvement in this outcome has been significant: Five years earlier, freshly out of prison, he had successfully pressed his predecessor – then President FW De Klerk – to announce a moratorium on executions. At the inauguration of the court four months before the ruling, President Mandela had opened his speech with telling words, referring to the 1963-64 trial in which he and his comrades had feared for their lives: â€œThe last time I appeared in court was to hear whether I would be sentenced to death,â€ he had said.

For decades, South Africa had executed thousands of its citizens, overwhelmingly among its Black population, earning a top ranking among countries with the highest rates of capital punishment in the world.

Announcing the court’s decision, Arthur Chaskalson, its president, noted: “Everyone, including the most abominable of human beings, has a right to life, and capital punishment is therefore unconstitutional.” Remarkably, each of the court’s 11 judges issued a written opinion backing the ruling.

With that ruling, the new South Africa stood at a turning point of what was to follow across the continent. It heralded a momentous shift in the use of the death penalty in Africa, as more countries joined the global trend away from it. Once common, the practice was now being abandoned. By 1999, 21 African countries were abolitionists in law or practice. Of those, 10 had abolished capital punishment and 11 had de-facto moratoriums.

Today, twenty years since South Africaâ€™s ruling, 37 out of 54 countries on the continent are abolitionists in law or practice, according to the International Federation for Human Rights. Among them, 18 have abolished the death penalty, 19 have de-facto moratoriums.

Last December, at the United Nations General Assembly, 27 African countries joined 90 others from around the world in voting in favour of a resolution calling for a progressive end to the use of the death penalty. Five months earlier, in July 2014 in Cotonou, Benin’s capital, the continent had adopted a declaration urging countries still imposing it to “consider abolishing the death penalty.” The African Union is now considering an additional protocol to the African Charter on Human and Peoplesâ€™ Rights on the abolition of the death penalty, a major development that will further put the continent on the footsteps of Mandela, one of its most illustrious sons.

Yet, as Africa makes major strides away from the death penalty, worrying developments cloud the horizon. Among them, the continued imposition of mandatory death sentences for some crimes in a handful of countries such as Kenya and Nigeria. Uganda, thankfully, has recently taken steps to repel similar provisions from its criminal code.

Another persisting problem is the lack of fair trial guarantees. In March 2014, The Office of the High Commissioner for Human Rights expressed concerns that the hasty judicial process in Somalia, in which there were only nine days between the alleged killings and the executions, deprived the suspects of their rights to legal representation and appeal.

More visible in recent months is the resurgence of the death penalty in contexts marked by a significant deterioration of the security climate. Faced with the mounting threat of violent extremism by Boko Haram, Nigeria has joined the list of countries prescribing the death penalty for vaguely defined “terrorist” activities. More strikingly, Egypt has resorted to mass trial. In 2013, a court imposed death sentences on more than 1,000 people in two such trials for the alleged killing of a police officer and other violent activities.

All these developments point to the need for a stronger advocacy against the use of the death penalty. Across Africa, much like on the global stage, the direction is now clear, but the mobilisation must continue. Leaders should be part of the debate. Civil society actors and academic institutions must join in too. And everyone should know the facts, starting with those that are no longer in dispute.

First, there is no conclusive evidence that the death penalty deters crime, as researchers in various countries have shown. Countries where the death penalty has been abandoned did not, in general, record a rise in crimes. Second, and most unfortunately, the death penalty is a most final punishment. Even the best justice systems have sentenced innocent people to die. In the United States 20 persons on death row have been exonerated through DNA testing, according to the Innocence Project, a non-profit legal organisation based in New York. Third those who end up executed are almost always and everywhere vulnerable because of poverty, minority status or mental disability.

These are just some of the many reasons why, at the United Nations, we strongly believe that, as the Secretary-General puts it, “the death penalty has no place in the 21st century.” Or, in the simple words of the great Madiba himself: “The death sentence is a barbaric act.” It is time to let it go!