LitFest Harare, the international literature festival, will run in the last week of November, 2015. 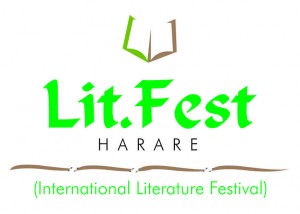 This year will mark the first full scale edition of the festival, after its inaugural run last year as a series of events. The festival activities will be run at selected venues in Harare. It will feature writers, critics, readers, performance poets, theatre artists, musicians and journalists drawn from Zimbabwe and abroad.

Running from 26 to 28 November, this unique festival will feature a package thatâ€™s not only meant to celebrate literature, but also to consolidate the bridges between artists and the lovers of art, while engaging the mind in a stimulating environment. The programme is designed to involve a range of participants, across age, gender and other social dimensions. It is also consciously designed with the broad spectrum of arts consumers and audiences that characterise the Zimbabwean social set-up.

The broad range of sessions and activities will kick off with a key-note address by Barbara Mhangami Ruwende, a Zimbabwean writer and academic based in the USA, who also works as a practitioner in womenâ€™s health and safety. After this presentation, the programme will roll on, featuring such sessions as panel discussions, one-on-one interviews, poetry performances, a theatre production, a slide show, as well as book launches, quizzes and live music and dance.

The participants and performers will include veterans as well as young, up and coming practitioners. Those coming from outside Zimbabwe include writers Han Lynn (from Burma) and Elisabeth Beanca Horverson (from Norway).

Music performances will be by Gary Tight, Jairos Chabvonga, Ticha Muzavazi, and others. Poetry/spoken-word will be delivered by Cynthia Marangwanda, Linda Gabriel, Philani Nyoni, and some of the visiting writers. Radio personality, J-Boss (Jabulani Hove) will lead a session in which he will be discussing lyrical content with some musicians.

LitFest went into partnership with Theatre in the Park, which will see the premiere and running of a play by the Norwegian writer, Elisabeth Beanca Horverson. The play, â€œGuinea Fowlâ€ is based on the life of the late great Zimbabwean writer, Doris Lessing. It will feature a Norwegian and Zimbabwean cast and production crew. As indicated above, Elisabeth Beanca Horverson will also be one of the festival participants.

As part of itâ€™s community development initiatives, LitFest will also run a workshop for high school students. The workshop will focus on the craft of storytelling, hip-hop, poetry performance and social media. It will culminate in the recording and uploading of the studentsâ€™ works and performances on various social media platforms. The objective of the workshop is not only to develop skills, but to also encourage students to use social media platforms in a more meaningful way. This workshop will be run in partnership with the British Council.

The festival activities will be run at the University of Zimbabwe, SAPES Trust, Theatre in the Park, the British Council and at Gallery Delta. The detailed festival programme will be available online and at the venues.

LitFest Harare is headed by its Director, the poet and writer, Chirikure Chirikure. Its board of trustees is chaired by Dr Edgar Nhira Mberi, a writer, critic and lecturer at the University of Zimbabwe.

The LitFest team and Board of Trustees acknowledge, with many thanks, the support of the Zimbabwe Germany Society/Goethe Institute, Sylt Foundation, Culture Fund of Zimbabwe, British Council, Pamberi Trust, University of Zimbabwe, the Meikles Foundation, Alliance Francaise, Theatre in the Park, SAPES Trust, Gallery Delta, Internationales Literaturfestival Berlin, the National Arts Council of Zimbabwe and other well-wishers, that has enabled this edition of the festival to be held.

As Chirikure Chirikure says, â€œWe realised the need for a platform to celebrate literature and to engage minds in a stimulating environment. Zimbabwe has produced a lot of high-class literary materials that are recognised the world over. We need to applaud this and we need to help cultivate more works. As such, LitFest will bring together local and international players annually, to honour our local achievements as well as to open windows for the growth of our arts.â€