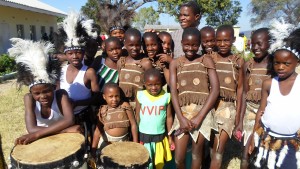 The highly energetic and flexible group, with one outstanding toddler dancer, walked away $500 richer together with a trophy and the title â€œMidlandsâ€™s Finest Dance Groupâ€.

Matenda entertainers displayed their well-choreographed dance moves in their challenge act which ran under the theme â€œPrison.â€

They wowed the audiences , which screamed for more as in their Hosanna dance routine they told a story rain making ceremonies.

According to the National Arts Council Provincial officer, Abigirl Sivanda, the young shining stars managed to maintain the winning record for the past six year.

â€œWe are delighted by the event which has grown from strength to strength since it was established. Matenda are now going to represent Midlands Province at the National Jikinya Dance Festival to be on Friday November 27 at Pakare Paye Arts Centre in Norton.

According to the NACZ communications Officer, Cathrine Mthombeni, the theme underscores the need to embrace diverse cultural aspects that brings people together, gives them a sense of belonging and make them realize that despite the differences in values and norms, we are all Zimbabweans whose identity is spearheaded by certain cultural traits that are unique.

In second place was Kwekwe-based Chiedza school dance group which received $300 and a floating trophy and the third prize winner, Mkoba 4, pocketed $200 and a trophy as well.