A HARARE man, 36, has been dragged before the magistrateâ€™s court charged with assaulting his 66-year-old mixed race lover on allegations of cheating on him. 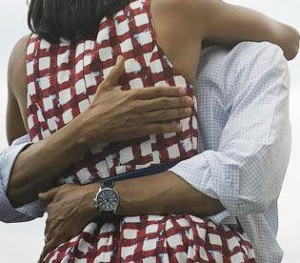 Mushonga Keith Moses Mudiwa battered his lover, Linda Schweizer of Eastlea for having an affair with their gardener but walked free when the woman decided to reconcile with him in court after he sweet talked her during cross examination.

He had denied the charges when he appeared before Harare magistrate, Nomsa Sabarauta.

Instead of cross examining each other to prove their evidence, the two took the chance to parade their mutual affection.

Mudiwa said, â€œYou, I love you Linda and I wouldnâ€™t do anything to harm you. I just overreacted but I would want to take care of you, always.â€

In response, his lover said, â€œI know you love me baby but I get hurt when you act that way.

â€œI know you wouldnâ€™t hurt me but you surprised me that night. I understand you and I forgive you.â€

Magistrate Sabarauta then interjected asked the state on how it would want to proceed with its case.

The magistrate asked the prosecutor to engage the two and see if they wanted to withdraw charges.

Schweizer then confirmed that she had forgiven her lover. The charges were later withdrawn.

OnÂ January 28Â this year aroundÂ 7 pmÂ Mudiwa arrived home and started shouting at Schweizer accusing her of being in a relationship with their gardener.

The court heard Mudiwa was drunk and Schweizer advised him to go and sleep so that they would discuss the issue the following morning.

Upon noticing that Mudiwa would not calm down, Schweizer proceeded to the garage and packed her boyfriendâ€™s belongings and asked him to leave her house.

It was further alleged that Mudiwa followed Schweizer all the way to the garage shouting at her.

Shweizer got angry and picked a plastic torch which she used to hit Mudiwa on the face.

Court heard that Mudiwa retaliated by pushing Schweizer to the ground and she sustained a broken arm.

Schweizer went to a private doctor for treatment and a medical report was compiled.

She later reported the case to the police leading to Mudiwaâ€™s arrest.