NYANGA based businessman and potato farmer Landmine Madongonda has described fading Dendera musician Sulumani Chimbetu as an arrogant and disrespectful person who was now using Zanu PF political influence to refuse settling a $3600 debt after buying potato seed from him. 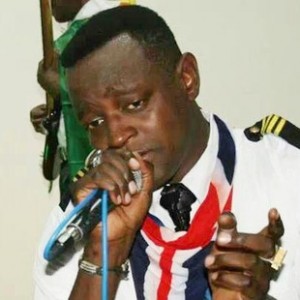 Chimbetu whose music has taken a drastic deep following the resurgence of his young brother Tryson who seems to have taken the Dendera music throne is set to undergo trial soon at Nyanga Magistrate Court for failing to settle the debt.

The civil matter pitting Chimbetu and Madongonda dates back to October 2013 when Chimbetu bought potato seed from Madongonda on credit.

Madongonda is also a rising sungura musician who is yet to receive the full amount of money he is owed by Chimbetu.

In an affidavit which is in possession of The Zimbabwean, Madongonda claimed that he sold Chimbetu potato seed worth $3 600 and they agreed that Madongonda would be paid $300 every Tuesday by the Orchestra Dendera Kings management.

Suluâ€™s brother, Ali who was part to the agreement appended his signature.

Since then, Madongonda recently told Nyanga magistrate, Ignatio Mhene, that he has been struggling to receive his balance which is now more than $1 500 with costs.

Madongonda has filed a notice to plead. Chimbetu who is being represented by Muvingi and Mugadza Legal Practitioners has filed opposition papers.

The trial date will be set soon.

However, in an interview last Friday, an irate Madongonda described Chimbetu as arrogant and very disrespectful.

â€œI am now being emotionally tormented by him (Chimbetu). He seems to be reluctant to settle my balance. I received $20 from Sulu last year which was for fuel to travel back to Nyanga after I had travelled to Harare in a bid to recover my first $300. There is nothing more arrogant to that,â€ explained Madongonda.

â€œI later received $600 which came in two batches through Ecocash transactions before I received another $500. I have been struggling to recover my balance. I have been travelling to Harare several times, but it seems he is reluctant to pay me my balance,â€ said Madongonda.

â€œIt is quite disturbing that at one time recently when I asked him for money and he told me that I was now a nuisance. He actually labeled me a Gamatox. Although I have received half of the money, I have incurred a lot of costs in trying to recover my money,â€ he said.

Gamatox is a name given to former Zanu PF members were expelled from the party after being accused of aligning themselves to ousted Vice President Joice Mujuru.

When contacted for a comment on the sidelines of his drab performance at a family show in Mutareâ€™s Pick N Save last Sunday, Chimbetu refused to talk to The Zimbabwean and preferred to talk to a Zimpapers reporter.