EDITOR - I write with considerable sympathy for and indeed outrage at the recent turn of events, part of the on-going injustices affecting not just farmers but their employees. Before signing the petition, however, I have some concerns with its wording. 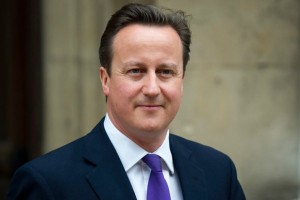 It states that Dr Nyatsuro obtained his British citizenship illegally.Â  I hope you have evidence for that.Â  Or did that clause refer to the acquisitionÂ  of the farm? If so, it should be made clearer.Â  Iâ€™m sure there is a legal case against the doctor even if he obtained citizenship correctly but subsequently commits a crime abroad, but the facts need to be accurate.

I also think that asking why the doctor has an interest in owning farmland is misguided.Â  There are many individuals in the UK who are not farmers and yet legally own farmland both in the UK and abroad and have others farming it.

The third point is: are you sure the clinic is an NHS one.?Â  It appears from the website that it is privately run but endorsed by the NHS.

It is very important when asking people to sign a petition that the facts are correct.Â  If they are not it lays itself open to counterattack.

Sorry to be critical!

We didn’t state that Dr Nyatsuro had obtained his citizenship illegally. We urged the government to revoke his citizenship because of his behaviour. The Clinic’s noticeboard carries the NHS logo. As for the other point we have no problem with Dr Nyatsuro owning farmland but we do object to him stealing it.