JOHANNESBURG: The South African Reserve Bank (SARB) said on Thursday it was working with Zimbabwean authorities for the release of millions of rand seized by Zimbabwe. 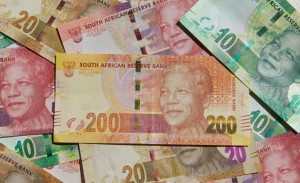 But the bank refused to divulge the exact amount of bank notes seized by Zimbabwe.

Also on Thursday, South Africa’s ambassador to Zimbabwe, Vusi Mavimbela said he was negotiating with Zimbabwean authorities for the release of bank notes in a cargo plane which was impounded by Zimbabwe authorities at the Harare International Airport on Sunday.

The plane, carrying rand notes printed in Munich Germany, was seized in Zimbabwe after a dead body, believed to be a stowaway, was found on board.

The aircraft was en-route to South Africa on Sunday when it lost signal and made an unscheduled landing at Harare International Airport.

During refueling, blood was discovered in a crevice on the side of the plane belonging to the Western Global Airlines, a U.S.- based freight company. The SARB said it hired the plane to transport bank notes.

â€œWe are saddened that a person has lost his life by stowing aboard one of our cargo aircraft,â€ Neff said in the company statement.

â€œAs compared to other forms of transportation, stowaways on airplanes are rare, but almost always result in fatality. In most cases airport security prevents this from happening but it should never be attempted for any reason.

â€œWe have been working closely with the Zimbabwean authorities as they fully investigate this situation. We appreciate their professionalism and the care they have shown our crew, our cargo and our aircraft.

â€œAlong with our customer, Network Airline Management, we express our condolences and support the efforts of the Zimbabwean government.

â€œWe also appreciate the dedication of our crew, the patience of the South African government while awaiting its shipment and the engagement of the U.S. Embassy in Zimbabwe.

â€œWe are in continuous contact with our crew; when cleared to do so, they will complete the last leg of this charter.â€