The nominees for this yearâ€™s Cape Town Zimbabwe Excellence Awards have been announced, the eventâ€™s organiser Julius Shamu said on Tuesday. 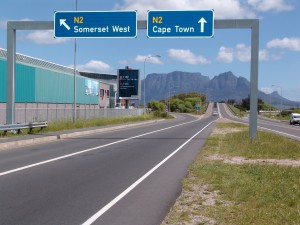 Now with a few more categories, the 2nd editionâ€™s nominees were unveiled at a glamorous event last week in Cape Town.

â€œWe are pleased to have received a large number of nominations this year, proof that the event is gaining momentum and that people are embracing it,â€ Shamu told The Zimbabwean.

â€œThe red carpet event remains committed to its cause, which is to bring people together, to recognise and acknowledge individuals and companies that are flying the Zimbabwe and South African flags high.â€

Shamu said despite the challenges facing those running businesses in the diaspora, individuals and companies continued to be resilient, excelling in their various projects and ventures.

The awards sought to honour these individuals as they played a key role, contributing to the economy of the city of Cape Town, he added.

He said other Zimbabweans would draw inspiration from those who will be honoured and thus be also encouraged to emulate them.

â€œThis year we introduced a voting system different from last year where judges came up with winners, and the fact that the system allows people to vote for individuals based on their profiles allows for wider participation,â€ he said.

â€œThe voting system does not show real-time results, contrary to what people might think as it defeats the whole purpose of the awards, rendering the event useless.â€

Addditional categories, such as the Directors award for best matriculants , the young upcoming entrepreneur of the year, as well as the music/artist/group of the year, have been introduced for much broader representation.

The entertainment category has also been renamed Palmer T Vushe Entertainment Personality of the year Award, in honour of one who passed on early February.

Newsleader of the year award

Community Leader of the year award

Woman Entreprenuer of the year

Music/Artist/Group of the year award

Edmore Mazungunye of Flame of Praise

Business organisation of the year award

Businessman of the year award

Small business of the year award