THE United States announced Thursday that it was lifting sanctions against two Zimbabwean banks which were on the list of entities barred from doing business with American companies. 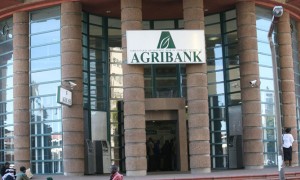 The sanctions lift was confirmed by the US Department of the Treasuryâ€™s Office of Foreign Assets Control (OFAC).

â€œFollowing todayâ€™s (Thursday) removal of Agribank and IDBZ from the List of Specially Designated Nationals and Blocked Persons, a license is no longer required to engage in transactions with those entities,â€ OFAC said in a statement.

Agribank and IDBZ were among more than 200 entities and individuals barred from doing business with American companies or holding assets in the worldâ€™s largest economy as part of sanctions imposed against President Robert Mugabeâ€™s government in 2003.

Washington passed the sanctions law â€“ the Zimbabwe Democracy and Economic Recovery Act â€“ in 2001 and in 2003 effected travel bans and assets freeze on ruling Zanu PF and government officials.

This was in response to alleged human rights abuses by Mugabe and Zanu PF officials following disputed presidential elections in 2002.

Mugabe denies the allegations, insisting his administration was punished for land reforms that sought to right historical injustices in land ownership in the country.

The veteran leader, now aged 92, blames the sanctions for Zimbabweâ€™s economic problems which have lasted more than a decade.

The European Union (EU) has since lifted its own sanctions, keeping only Mugabe and his wife Grace subject to a travel ban.