BULAWAYO: The Zimbabwe Tourism Authority (ZTA) has called on the government to lower taxes levied on non-resident touristsâ€™ accommodation to 10 percent or less to allow the industry to recover. 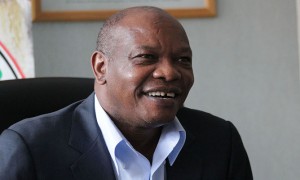 Last year, finance minister Patrick Chinamasa told Parliament that Treasury had collected $1,6 million under the levy in the four months to April, despite industry protests that the levy has made the country an expensive destination and is slowing the sectorâ€™s recovery.

Kaseke said this made it difficult for government to stop collecting the VAT.

â€œFrom my own point of view, I have never seen the government reverse such a decision. We campaigned against the introduction of the tax and expounded on the likely consequences for industry but the ministry of finance decided to introduce the VAT despite all that so we cannot be able to reverse it. I donâ€™t think that will happen, it can only reduce it and we are asking (the government) to do that,â€ said Kaseke.

â€œWe want them to reduce it to at least 10 percent or less than 10 percent.â€