PRESIDENT Robert Mugabe and his family do not own Alpha Omega Dairy farm, a Harare court heard Thursday. 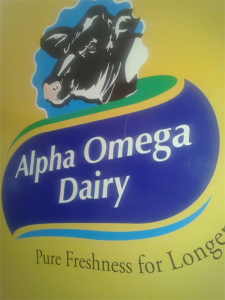 The ownership of the company was revealed as the trial of Zimbabwe National Army (ZNA) corporal, Borman Ngwenya, commenced on charges he tried to bomb the Mazowe dairy plant in January this year.

As Ngwenyaâ€™s attorney, Exactly Mangezi, cross examined the chief State witness and co-accused in the case, Owen Kuchata, court heard that Abdulah Ismael Kassim, a lawyer, and one Halima Baira owned the company with equal shares.

Mangezi then argued that, since the Mugabes do not own the company, neither the State nor government could be the complainant in the case, but the two co-directors.

Said the defence lawyer: â€œSo what would you say if I tell you that you were labouring under the misconception that the President is the owner of the dairy farm?

â€œWould he have suffered any prejudice if the plant was bombed?â€

Ngwenya is jointly charged with Kuchata, leader of the Zimbabwe Peopleâ€™s Front party, who has since pleaded guilty and was sentenced to nine years in prison.

Kuchata and Ngwenya were initially charged with two other accomplices who had charges withdrawn as the State sought to use them as witnesses only to be rearrested.

All four are facing charges of terrorism and banditry or possession of weapons for sabotage over the foiled bomb attempt.