The portfolio Committee on Mines and Energy conducted an enquiry into the Chrome sector from the period 2011 to 2013, in accordance with Standing Order 160. 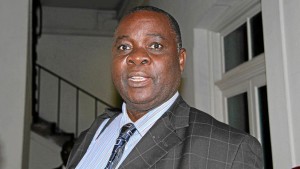 Chrome mining has the potential to make meaningful contribution to the growth of the economy through revenue generation and employment creation.

However in 2013, the sector is anticipated to experience restricted growth with an expected annual production level of only 282 000 tonnes against a maximum potential of 750 000 tonnes a year.Â  As a result there would be low revenue inflows to Treasury as well as job losses.

The enquiry by the CommitteeÂ  revealed an array of challenges inhibiting the growth of this sector which include: an unevenly balanced claims structure, unfavourable prices of chrome both on the local and international markets, lack of investment into the sector, the disempowerment ofÂ  mining communities, negative impact of highÂ  electricity tariffs and shortages, conflicts between farmers and miners over land, massive environmental degradation by small-scale chrome miners as well as huge unsaleable stoke piles of chrome dotted around the country following the ban of chrome exports by government in 2011.