The Capetown Zimbabwe Excellence Awards have gained more recognition as this year will see top government and African Union officials gracing the event. 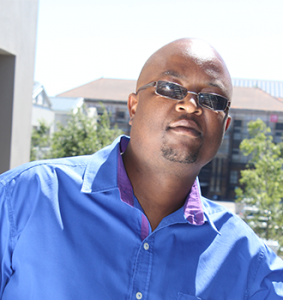 These include Alan Winde, the Western Cape provincial economic opportunities minister, and Zimbabwean consular general Bonniface Mugobogobo, among other bigwigs.

â€œWe are more excited this year because the Dean of African Diplomats at the African Union Secretariat recommended our event to Dr Benjamin Bluwey,â€ organiser and Cape Town-based businessman Julius Shamu, said on Wednesday.

â€œDr Bluwey recently addressed the Commonwealth Youth Summit in Pretoria. He has a passion for entrepreneurship.â€

Initiated last year, the event will be held on 2 April. It seeks to recognise and acknowledge Zimbabweans based in SA and fly the Zimbabwean and South African flags high.

â€œThe idea is mainly to encourage a spirit of togetherness and recognition and mostly for motivation and inspiration to the rest of the community,â€ he told The Zimbabwean.

He added that Zimbabweans in Cape Town were saddened by the loss of one of the youngest nominees in February 2015 at the age of 21.

â€œWe lost the charismatic, energetic and charming Palmer T. Vushe who was a member of Ruffkurt Entertainment. There’s no doubt that Palmer was a people’s person as witnessed by the massive crowd who came to his memorial and the condolences.â€

As a result, this year organisers decided to honour his legacy by and renaming their entertainment category after his name.

Despite the awardsâ€™ success, Shamu said there were also a lot of challenges and unfair criticism from some previous participants.

â€œThis destructive criticism is by individuals and companies who would have not made the mark. Some even take to social media to intimidate us, but we remain resilient in our quest to fulfil our mandate of rewarding excellence.â€