WAR veterans will meet in Harare Thursday after being teargassed and beaten up by riot police the last time they tried, supposedly because the meeting had not been cleared with the authorities. 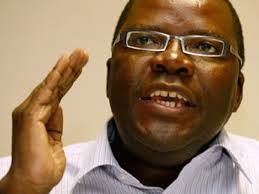 The new gathering comes as the opposition Peopleâ€™s Democratic Party (PDP) led by former finance minister Tendai Biti commended the ex-fighters for finally â€œaligning themselves with the broader masses and untangling themselves from Zanu PFâ€™s tentacles of patronage, nepotism and violenceâ€.

â€œPolice were notified and we have their permission in writing,â€ he said. â€œThe meeting that failed to take place on the 18th of February is now going to be held on the 3rd of March at the Harare City Sports Centre because indications are that a lot of people are coming.

â€œWe want to thank the security Ministers, all of them, for seeing no danger in us holding this meeting. We know comrades are going to come and on this note want to call all of them, those that were invited to come in their numbers for this very special meeting.â€

The First Lady had also not spared the liberation war fighters who are thought to back Mnangagwa. The war vets tried to respond by staging a demonstration at Harareâ€™s City Sports Centre only to be roughed up by the cops.

Although President Mugabe apologised for the police reaction and tried to isolate war veteransâ€™ chairman and minister Chris Mutsvangwa, the former fighters appear to be still seething over what Bitiâ€™s party called â€œunprovoked verbal abuse by Mugabeâ€™s second wifeâ€ as well as being, â€œbattered, tear gassed and pummeled by water cannonsâ€.

Grace is said to be looking to succeed her 92-year-old husband and allegedly boasts the backing of the G40 Zanu PF faction which reportedly includes ministers Jonathan Moyo, Saviour Kasukuwere and Patrick Zhuwao.

There have also been attempts to oust the war veteransâ€™ leadership and replace them with pro-G40 ex-fighters such as Manicaland minister Mandi Chimene who last week accused Mutsvangwa of trying to oust Mugabe.

â€œThe coming of the war veterans to the side of the democratic forces is crucial for creating an organic nexus between the liberation movement and the post liberation movement which was missing in Zimbabweâ€™s change matrix,â€ said PDP spokesman Jacob Mafume.

â€œThat when Mugabe and his cabal where eating 92 kilograms of cake, over 200 war veterans from across the country met in Harare to discuss the challenges facing the people and brainstorm their points of intervention shows the emerging and changing nature of Zimbabweâ€™s transition from Mugabeâ€™s failed rule.

â€œIt also confirms a total organic break up in Zanu PF between the corrupt elite politicians and the liberation fighters who bore the brunt of the struggle and this introduces new dimensions to Zimbabweâ€™s transition.â€

Mafume added: â€œThe Damascene moment for the war veterans appear to have come as a result of the denigrating insults aimed at them by Mugabeâ€™s second wife, Grace, who disparaged the liberation fighters as nonentities to Zimbabwe.

â€œAfter the ruthless bashing of the war veterans by the police, Mugabe gave a meek response in which he unconvincingly attempted to apportion blame for the battering of the liberation fighters to their leadership.

â€œWhat is however apparent to all and sundry is that it is Mugabeâ€™s second wife who is responsible for their bashing as she considers them a threat to her unbridled ambitions to power.

â€œMugabeâ€™s second wife is on a war path with real and perceived opponents as she pursues her ambitions to succeed her husband who in any case is clearly incapacitated to run the Office of the President of our beloved republic.â€