BOTSWANA has imposed a shoot to kill order on Zimbabwean cattle that stray across the border, as a way of tightening disease control, especially Foot and Mouth Disease which frequently breaks out along the border. 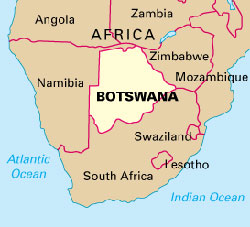 Botswana agriculture minister, Patrick Ralotsia, confirmed the latest developments, saying the new policy would go into effect in the next three months.

He said communication of the policy was on going to the Botswana Defence Force, police, wildlife officers and others involved in enforcement.

â€œIn fact, had it not been their (Zimbabwe) request for a three month grace period, we would have already started this policy,â€ Ralotsia said in an interview.

â€œThey asked for three months within which to go and inform their farmers and we agreed.

â€œI have interaction with the ministries in Zimbabwe and I can tell you that they agree that this is necessary and not just for Zimbabwe, but all the countries that we share borders with, that have FMD problems.

The â€œshoot to killâ€ policy replaces the practice of returning stray Zimbabwean cattle across the border and comes as Botswana tightens its animal disease controls in order to protect the beef industry.

Animal disease control is poor under Zimbabweâ€™s struggling economy and outbreaks in that countryâ€™s south have frequently spilled over the border, such as in August 2001, February 2002 as well as 2003 and 2006.

Elephants, cross-border stock thieves and illegal immigrants frequently break down the border fence, which then allows Zimbabwe cattle to stray across and mingle with the local stock.

Ralotsia said the new policy has been communicated with Zimbabwean agriculture authorities through meetings, which included the Joint Permanent Commission.

â€œThis is one way in which we are trying to totally annihilate FMD across the borders,â€ he said.

â€œWe have agreed with the Zimbabwean authorities that this is for the good of our people.

â€œOnce the policy starts, people will take greater care of their livestock and will not allow them to cross the border.

â€œThey will see that the FMD control has been toughened.â€

Ralotsia added that Botswana was continuing its bilateral efforts to support Zimbabweâ€™s FMD control initiatives, which in the past have included provision of technical and material support to fight the animal disease.

Media reports in Zimbabwe indicate that authorities there are holding meetings with villagers along the border to sensitise them about the upcoming â€œshoot to killâ€ policy.

Farmersâ€™ Union president, Abdul Nyathi, was quoted in the state media as urging farmers there to comply with the new policy and be mindful of the three-month grace period.

â€œThree months is a lot of time to comply, otherwise they could have just done it without consulting. Letâ€™s be seen to be doing something and if thereâ€™s need to ask for an extension of the grace period, itâ€™s fine, but it should be seen that there is some movement on the ground,â€ he was quoted as saying.