THE Constitutional Court has ordered the removal from its roll an application by seven former Associated Newspapers of Zimbabwe Group (ANZ) employees in which some female workers alleged that they were fired after turning down sexual advances from their seniors. 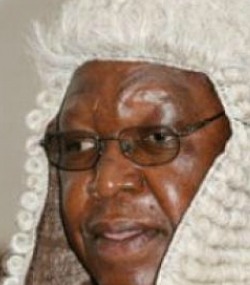 Former ANZ journalists had filed last year contesting as unconstitutional their dismissal from work that same year. ANZ are publishers of The Daily News and The Daily News on Sunday.

The company fired over 20 of its employees on a three-month notice citing the economic challenges that the country is going through. But seven of the workers contested the decision, saying it was unconstitutional and went on to file an application at the Constitutional Court seeking reinstatement.

â€œIt may be a coincidence but it looks like those who were fired either turned down sexual advances or had been sexually harassed,â€ the workers had argued in their application.

â€œWe, therefore, contend that the actions of the respondent are unlawful.Â On the basis of the illegality, we seek the setting aside of our dismissal and reinstatement into our employment,â€ the former workers said in their application.

However, the case was removed from the roll after the ConCourt judges queried why the case should be a constitutional matter when there were statutes in the lower courts including the Labour Court dealing with such issues.

The workersâ€™ lawyer, Jeremiah Bamu, then asked for the postponement of the matter, saying he had only taken over the matter from the previous lawyer at short notice. He said there was need to amend the draft in order to reflect constitutional issues and for him to file supplementary arguments that deal with the Constitution.

It was then agreed that the case be removed from the roll with the consent of all parties with the applicants meeting the costs.

The matter was heard by a full ConCourt bench led by the deputy chief justice, Luke Malaba last week.