ZIMBABWE is considering ways to compensate foreign farmers who were evicted from their land, saying the government ignored international treaties on foreign investment during on often-violent farm seizure campaign that triggered a decade-long recession. 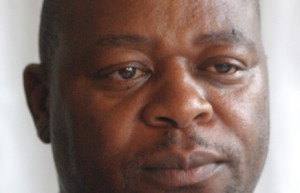 Agreements were not respected … Douglas Mombeshora

The decision is a further step back by President Robert Mugabeâ€™s government from a programme thatâ€™s been the cornerstone of its political policies since the invasions began in 2000.

Then the ruling Zimbabwe African National Union-Patriotic Front needed to shore up support from rural voters before an election, which it came close to losing.

The invasions slashed export income from crops, helped caused famines and an economic and political crisis that ended assistance from international lending agencies and resulted in sanctions against Mugabe and his closest allies.

â€œAgreements were not respected when we started land reform, but thatâ€™s now going to be corrected,â€ Lands and Rural Resettlement Minister Douglas Mombeshora said in an interview in Harare, the capital, on Friday.

The government will conduct an audit of all farmland, identifying how much was taken and from whom, he said, without specifying how those deemed to have been unfairly treated would be affected.

The southern African country entered into Bilateral Investment Protection Agreements with many countries, and â€œweâ€™re going to respect them,â€ Mombeshora said. â€œWe are looking at every farm situation that was affected.

According to the US trade office,Â among other provisions such treatiesÂ establish clear limits on the expropriation of investments and provide for payment of prompt, adequate, and effective compensation when expropriation takes place.

The country’s Finance Ministry proposed establishing a fund to compensate farmers on March 9. The country evicted about 3,500 mainly white farmers, of which some were foreign. About 300 white farmers remain on their land, according to the Commercial Farmers Union, which represents large-scale agriculture.

Mugabeâ€™s government is considering the plans as it seeks to restore relations with the International Monetary Fund and western donors and kick start growth in an economy thatâ€™s half the size it was 16 years ago.