HARARE: The Ministry of Finance and Economic Development will go to all lengths possible to recover millions of dollars in loans extended to parastatals and state enterprises through the Public Sector Investments Programme but have not been paid back, a top official has said. 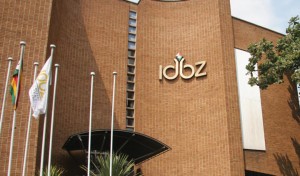 The Accountant General in the Ministry of Finance and Economic Development, Dennis Muchemwa told the parliamentary portfolio committee on public accounts that government, through the Infrastructure Development Bank of Zimbabwe (IDBZ) had extended $70,5 million to 11 institutions in 2010 but has yet to get any meaningful repayments.

Among institutions that received the loans were the Zimbabwe Power Company, which got $10 million, Civil Aviation Authority of Zimbabwe which received $14 million and the National Railways of Zimbabwe (NRZ) which got a $5 million injection.

â€œThis was the first tranche of funds given to public institutions after dollarisation and they were not given for free. We expected them to repay,â€ Muchemwa told the committee on Monday without elaborating on the tenure of the loans.

â€œWhat has been paid back doesnâ€™t amount to much and we are talking to their parent ministries to ensure that whatever is owed is recovered.â€

Muchemwa, however admitted that getting the institutions â€” some of which were struggling like the NRZ â€” to repay the funds including interest that has accrued over the years, would be no walk in the park.

â€œI would be fooling myself to say it would be easy but we will pursue the matter to the fullest extent possible, even if we have to go through our lawyers,â€ Muchemwa said.

The committee however criticized government for â€œwasting tax payers moneyâ€ investing in institutions that were already drowning in debt.

â€œI am failing to see the wisdom in investing $5 million into a struggling parastatal,â€ queried opposition legislator, James Maridadi.

But Muchemwa said those who made the decisions to invest had seen it prudent to do so, adding in most cases it was on the recommendation of parent ministries.

Muchemwa said the finance ministry would also drag cooking oil manufacturer Olivine Limited to the courts to recover a debt which has ballooned toÂ over $300,000.

The firm, in which government also holds a stake, borrowed $262,500 from the National Development Fund, which it has failed to pay back.

â€œThere was some response from Olivine but it was not satisfactory,â€ Muchemwa said.

â€œWe have engaged the Civil Division of the Attorney Generalâ€™s Office to pursue the matter.â€