I SPENT most of my teenage life in rural Lower Gwelu, eMaboleni, but like most Rhodesian families then, I had many relatives strewn around towns and cities like Gwelu and Bulawayo. On my way to and from high school and university, I would not miss out on the opportunity to spend a few days eLokitshini (the â€˜Locationâ€™), a term that was fondly applied for the then African Western Suburbs. 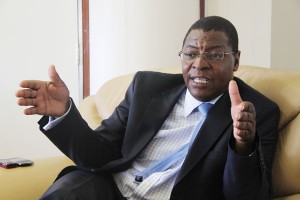 We were burdened by the yoke of colonial oppression then, restricted â€“ nay â€“ prevented from â€˜loiteringâ€™ around the picturesque â€˜eastern suburbsâ€™ occupied by white Rhodesians. However, despite our crowded high density areas then, Council-built homes were in abundance and any black professional with a reasonable job could qualify for a â€˜core houseâ€™ with provision for â€˜extensionâ€™ at oneâ€™s space.

It is difficult to figure out how, say the Bulawayo City Council, managed to build so many suburbs at such break-neck speeds â€“ Luveve 5, Magwegwe North, Magwegwe West, Lobengula and Phumula. One would pass through Mkoba 1 in Gweru to college, by the time one returned, there would be Mkoba 4! It was as if everyone who had one job or another would certainly own a core house at will. Of course, lodging in one or two rooms by single adults (amaloja / maroja) was as fashionable as the Afro hair style and â€˜bell bottomâ€™ pants then, yet such people would easily register for own houses once they graced the marital altar. The proverbial Rhodesian urban housing conveyor belt never stopped running, with very few or no names on the waiting list. But all that changed after independence.

I do not profess to be an urban development guru, but I certainly can proffer objective analysis of the problem. After independence, there was a massive migration of people from rural areas seeking new employment opportunities in towns. Other thousands streamed from exile, refugee and military bases in Zambia and Botswana. Enhanced incomes meant those with money to spend on property could apply for mortgages. The city councils did their best, but the demand exceeded supply. Most land around urban areas was privately owned mainly for farming, yet some companies invented ways of accessing this land, organising stands for their employees.

The USAid, World Bank and some international agencies entered long term partnerships with councils to provide housing. As the ZANU PF government and civil service ballooned, more pressure was placed on councils to provide housing stands while the government itself invested in flats; at times resorting to registering housing cooperatives to supplement its housing efforts. The economic boom decade of 1990 â€“ 2000 saw the national housing waiting list ballooning to over half a million. As of today, it probably exceeds two million.

At one time, I remember a by law, or regulation, that alluded to that once one had bought a house elsewhere, they would have to ensure their name was deleted from any housing waiting list. But because of corruption, greed, incompetence and poor records on the part of municipal authorities, thousands of people who already had several houses in the low density areas kept their names active on the waiting list, â€˜collectingâ€™ stands for speculative reasons. The councils needed money, so they imposed stringent deposit conditions which low income earners could not afford, thus exposing the system to â€˜sharksâ€™ who paid deposits in different names and ended up with scores of houses from Victoria Falls to Mutare. Thus it might be that a substantial amount of names on the lists are like our national Voters Roll â€“ â€˜deadâ€™ applicants!

The government devised a plan to reduce rural-to-urban migration by granting hundreds of rural areas â€˜Growth Pointâ€™ status, but because of poor economics, such places as Mupandawana and Maphisa never attracted enough industrial activity to generate the interest of citizens. To make matters worse, electoral violence, private property expropriation and general political intimidation compelled thousands of rural dwellers to seek refuge in towns and cities. Because of the collapsing economy, existing rate payers defaulted resulting in municipal coffers dwindling to the point that councils could not afford to develop more stands. Political rhetoric caused the World Bank and USAid to stop supporting housing projects while those companies that had promised employees housing stands scaled down due to poor liquidity.

Politicians and party cronies were promised more land to build houses, but high level corruption saw millions of dollars evaporating in shady housing scams. The ruling party, keen to attract more votes, grabbed surrounding farms and gave political gangsters freedom to swindle thousands of home seekers in fake land deals. Urban By Laws are very strict on housing standards because there is technical interdependence between water, roads and electricity provision. Genuine property developers know these regulations, but they supply housing stands at a cost higher and a rate lower than what political housing cooperatives offer. This explains why informal housing areas like Hopely Farm, Caledonia, Hatcliff and Whitecliff grew exponentially. In actual fact, Rhodesian laws prevented such squatter camps because councils had simpler rent-to-buy systems that were affordable supported by stringent enforcement of building standards. Nowadays, even a professional worker cannot make enough to qualify for a high density mortgage. Moreover, ZANU PF economic mis-governance has taken nearly three million former workers off the payroll, turning almost half the adult urban population into vendors and hawkers with no formal banking history. The government in its current format, can never solve the countryâ€™s housing problems.

On its part, the MDC-T and its councils have not endeavored to be any different from the predatory ruling party. In Harare, there are several illegal housing cooperatives that manage to get water connected to illegally registered stands. Early this year when the full picture emerged of the Airport Road housing scandal, council claimed that it was President Mugabe who had ordered his housing minister to destroy the units. How such elaborate houses could have been built on land owned by Department of Civil Aviation without â€˜anyoneâ€™ noticing is a mystery. We the authors of the national constitution who bent over backwards to prevent the recurrence of Murambatsvina disaster were shocked. The MDC-T, a party full of lawyers and human rights activists allowed its council to indulge in shameless rights violations in the name of â€˜ignoranceâ€™.

Up until there is a legitimately elected government with a mandate to attract local and international strategic partners; a government whose policies can help create jobs to empower home seekers, encourage respect of property rights by developers â€“ the housing waiting list will keep ballooning. Before we know it, all urban areas will be surrounded by the Kayelitshas (Cape Town) and the Mathare Valleys (Nairobi) of the world which are actually larger than formal housing areas!