The cabinet decision was announced during the week by economic empowerment minister Patrick Zhuwao. 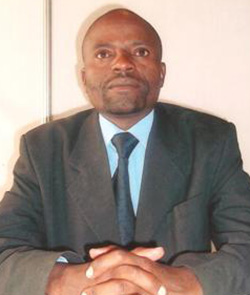 PRESIDENT Robert Mugabe and his Zanu PF party are now determined to seize the few foreign companies still operating in Zimbabwe after exhausting diamonds in the eastern Manicaland province, an opposition party has charged.

Cabinet recently agreed to shut down foreign companies which fail to comply with the countryâ€™s indigenisation laws by the beginning of next month.

The legislation forces the companies to localise ownership and control of no less than 51 percent of their Zimbabwe operations.

But in a statement Thursday, the Welshman Ncube-led MDC party said the decision would prove fatal for an economy still battling a crisis that has lasted more than a decade.

Mugabe revealed last month that some $15billion had been looted at Marange by companies 50%-owned by the government.

â€œWe are not fooled, we are aware that President Mugabe and Zhuwao have run out of ideas on how to loot funds for self-enrichment after exhausting diamond and other public revenue for decades, and now are after fleecing foreign firms through the shoddy implementation of the Indigenisation law,â€ said Chihwayi.

â€œThe people of Zimbabwe must not for one moment believe the lie that this is being done with their best interests at heart, in our view it is just a retirement package plan for Zanu PF big chefs who can sense inevitable defeat come 2018, who as usual are not bothered by the catastrophic effects on the ordinary suffering Zimbabweans.â€

Foreign companies with major operations in Zimbabwe include South African platinum miners Implats, Anglo Platinum and Aquarius Platinum as well as banks such as Nedbank and the UKâ€™s Standard Chartered.

â€œIt will be a sad day to have to close those companies,â€ said Zhuwao at a press conference in Harare.

“(But) the failure to adhere to the laws of the land must attract immediate consequences that must be severe and dire enough to ensure that the law is respected and adhered to.”

However, with unemployment independently estimated at over 80 percent, the MDC said the government was determined to ensure 100 percent joblessness in the country.

â€œEvidently for President Mugabe and his nephew Patrick Zhuwao, it is not enough that tens of thousands of workers lost their jobs during the government-sponsored job termination tsunami last year, hence thousands more must lose their jobs through the forced closure of foreign owned companies which fail to comply with indigenisation laws by the 31st of March, before they are satisfied.

â€œIt is a tragedy that those superintending over this country think it is alright to play Russian roulette with the country and its citizensâ€™ economic welfare by chasing away foreign investors instead of embracing them, at a time the country is in desperate need for foreign direct investment in order to get it back to its feet.

â€œIt makes for tragic reading seeing that this matter is cause for divisions even within Zanu PF itself.â€