The MDC is dismayed by reports that some foreign embassy officials have taken advantage of the plight of suffering Zimbabweans by selling them off as slaves to their countries. 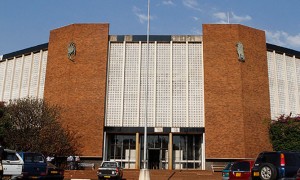 We note with great concern that the embassy of Kuwait facilitated the movement of over 200 young Zimbabweans to Kuwait on the pretext that there are employment opportunities in that country. Reports say upon arrival after waiting for hours at the airport, the poor Zimbabweans were taken by their slave masters to different locations. They were stripped off of their travelling documents and could not contact their relatives. They were made to work for about 22 hours a day. This movement of people happened in August and September 2015.

While we are outraged by this heinous crime by the Kuwait embassy staff and demand that the full wrath of the law falls on the culprits, we lay the blame at the door step of the mis- ruling ZANU PF party. The people of Zimbabwe voted for jobs and a decent living on 31 July 2013. This regime has totally failed to meet the basic needs of the people of Zimbabwe, particularly young people who after being forced out of the country to look for greener pastures find themselves working under harsh conditions with threats of deportation for failing to obtain legal documents in foreign lands.

The MDC calls on the people of Zimbabwe to never make a mistake of voting for a party that does not advance, deepen and defend their rights as citizens. It is only the MDC under the leadership of Professor Welshman Ncube that seeks good relations and partnerships with the rest of the World in developing a sound economy so as to better meet the best interests of the people of Zimbabwe.Â  We further call on Zimbabweans in the diaspora to continue flooding our MDC branches and strengthen this people’s movement as we prepare for 2018.