The ability to understand what a target audiences want and then to go about crafting an appropriately, exquisite product is rare and commendable. What is not commendable is that someone can then steal this product from you, sell it and earn money from your hard work. 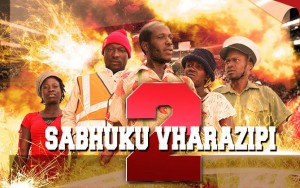 Copyright holders are the victims as they do not enjoy exclusive rights to their own products. Their rights have been persistently infringed for decades and the practice persists in this country with little or nothing being done to stop it.

The nation has a plethora of talented entertainers like Winky D, Jah Prayzah, Oliver Mutukudzi, Alek Macheso, Sulumani Chimbetu amongst others. This extends to the film industry where there are products like â€˜The Gentlemanâ€™ and â€˜Sabhuku Vharazipiâ€™, exciting to the targeted audience but that have succumbed to unauthorised redistribution.

There is urgent need to correctly implement the Copyrights Act and to introduce stiff penalties to those who break the law in order to protect the hard work of our creative minds. An urgent need exists to benefit the creative minds and not the opportunists.

Many countries in the world have similar problems. A good example of the working system is British singer, Adele.Â  Upon the release of her album â€˜25â€™ she sold approximately 3.4 million copies in the first week. In this country artists seldom benefit from sales of their own work and now opt to do live performances to earn a living through ticket sales.

Alek Macheso recently released his album ‘Tsoka Dzerwendo’ and made an excellent move to sell at Harare City centre before pirates had a chance to do what they do best. His strategy was efficient, but will it stand the test of time? Is this the situation that our talented artists should be in?

Fame without fortune is useless. The challenge is, how do you eradicate a problem that has persisted for this long and appears to be getting worse due to technological advancement.

The use of applications like WhatsApp and SHAREit is adding even more fuel to the fire. When you purchases a music disc, you can send it to other parties through such platforms or even the use of phone inbuilt software like Bluetooth.

This apples to the film industry as well. You can reproduce a movie purchased for $1 and resell thousands of pirated copies atÂ  $0.50 each.

In most cases lawsuits are pointless. Suing someone who is themselves battered and bruised by economic challenges and who sees ‘stealing’ other peoples hard work as the only means to survive is not going to benefit the artists.

This makes one ask what the real problem is and the answer is, the underperforming economy. The economy is clearly not vibrant and for someone who is battling to earn a living resorting to intellectual theft at the expense of brilliant minds is perhaps the only way. We have many, many poor celebrities because piracy is curtailing their success.

In the UK and the USA law enforcement continues to fight and monitor copyrights infringement. This country should be more proactive and join the battle against piracy. Measures need to be put in place that sees law makers and law enforcers working together to bring a painful death to piracy.