WHILE corruption remains an acute problem in the country public awareness on the seriousness of the scourge has heightened in recent years with more people likely to raise outrage than ever before, Transparency International Zimbabwe (TIZ) has said. 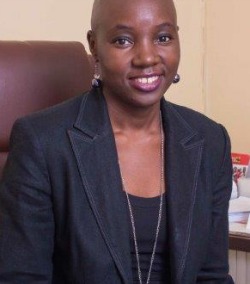 TIZ executive director, Mary Jane Ncube, said over the last few years more and more Zimbabweans were willing to report corruption and take further steps against it than before.

Ncube said this level of public consciousness had forced public and private institutions to feel obliged to open up and take recognisable steps to improve their images and meet certain demands.

â€œIt is a positive sign that people are now more ready than ever before to demand accountability from institutions and individuals. That could be the beginning of a successful campaign against corruption,â€ said Ncube in an interview with Newzimbabwe.com in London.

She said state departments such as the Zimbabwe Revenue Authority (Zimra) and the passport office under the ministry of home affairs had over the years opened up to advice and taken some steps to address public concerns.

â€œWhile a lot still has to be done, it is worth saying that some institutions are beginning to feel the pressure and to appreciate that they are accountable to the public that they serve.

â€œThe passport office and Zimra, for example, have tried to explain so many of their activities and roles to the public by clarifying a number of things and issues which previously were left opaque.

â€œIf you go to the passport office these days they have so many notices on their walls and entrance points that explain many key services and facilities offered. That was not the case a few years ago and we have been at the forefront pushing for that change.

â€œPreviously, many people had no idea what was needed for them to obtain a birth certificate, for example. People would travel all the way to Harare only to be returned back to Binga or where ever they would have come from without the important document because they would have not provided necessary information out of ignorance.

â€œSuch ignorance was the fertile ground for corrupt activities with some individuals taking advantage of lack of information to demand bribes from fearful people. But now the information is there due to pressure from the people and the officers are ready to explain than ever before,â€ said Ncube.

She said as TIZ they had managed to decentralise their work by opening regional offices in Bulawayo and Mutare through which they are providing people with platforms to express their concerns and report cases of graft.

â€œGone are the days when people felt pathetic and totally helpless in the face of corruption. They now speak up and try everything they can. People used to fear the police and feel helpless but now even if they may fear them they know they can report them.â€

â€œHowever, a lot still needs to be done; public institutions must not just act against corruption as a way to spruce up their images but they should do so as a matter of principle knowing it was their responsibility to account,â€ said Ncube.

Her comments come after members of the public in Harare recently arrested a police officer who was mounting an illegal road block and handed him toÂ  his seniors. Many police offciers have been brought before the courts countrywide after they would have been sued by ordinary citizens through the assistance of pressure groups.