At least 50 foreign-owned companies, most of them South African, presented their "indigenisation" plans before the Easter holidays, in line with a harsh new deadline imposed by the Zimbabwean government. 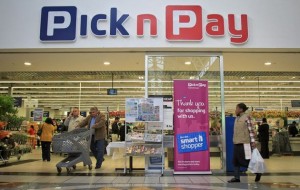 Pick n Pay is compliant since it bought 49% of Zimbabwe’s Thomas Meikles supermarkets.

The government set the April 1 deadline for all foreign-owned companies to start paying a 10% empowerment levy – or close shop.

Indigenisation Minister Patrick Zhuwao told journalists that the levy was part of measures to raise internal capital to fund the indigenisation programme and would be distributed through community share ownership trusts.

“We have an approved plan which we have started working on. The act says the plan can be implemented in five years, so that is what we are doing,” said Metallon Gold spokesman Senzo Nsimbi.

Merchant Bank of Central Africa,owned by Nedbank, last week sold shares to its employees through an employee share ownership scheme.

Pick n Pay is compliant since it bought 49% of Zimbabwe’s Thomas Meikles supermarkets.

Many companies approached by The Times chose to keep their indigenisation plans private.

Sources said this could be because the companies were working on pleading with the government for leniency, or for more time.

Economists said the hard-line stance taken by the government could seriously detract from Zimbabwe’s efforts to lure foreign investors.

They said the indigenisation law was at odds with the Ministry of Finance’s attempts to attract foreign direct investment.