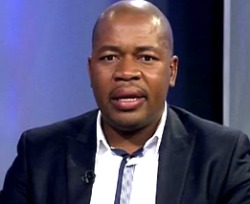 The South African minister was speaking Wednesday at a business seminar organised by the local industry ministry in Gweru. He said South African businesses can contribute to growing trade volumes and bringing investments into Zimbabwe.

â€œI am of the view that the South African businesspeople on this mission have a crucial role to play in growing, not only our trade volumes, but also investments into Zimbabwe that would yield a multiplier effect as it relates to job creation, poverty alleviation and ultimately economic emancipation of our people,â€ Masina said.

â€œAs South Africa, we pledge our commitment to support Zimbabwe as they realise the objectives they set for themselves in their development economic blueprint called the Zimbabweâ€™s Agenda for Sustainable Socio-Economic Transformation (ZIM-ASSET).

â€œOur developmental agendas are intertwined as our own National Development Plan speaks of the same things that ZIM-ASSET speaks of. These are poverty eradication, value-addition and beneficiation, and food security, among others,â€ he said.

Masina is currently leading an Investment and Trade Initiative (ITI) to Harare, Gweru and Bulawayo.

The ITI tour started on Monday.