THE son of murdered Uber taxi driver Zimbabwean Webb-Law Chehore said his family was struggling to understand why the well-liked driver was murdered in Rondebosch. 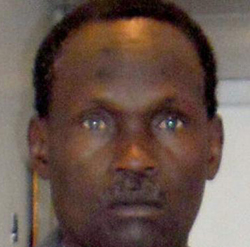 Chehore, 59, was shot dead in Burg Street about 5am on Friday, while picking up two female passengers near the Baxter Theatre.

â€œHe was a friendly, polite man who made friends wherever he went. So itâ€™s difficult, for me, to comprehend this tragedy,â€ said Nani Chehore.

Heâ€™d found out about his fatherâ€™s death after the cries of his mother woke him.

â€œI asked her what was wrong and she told me my dad had been shot. An Uber Whatsapp group sent a broadcast message saying my dad had been shot and killed. When I called my dadâ€™s phone, someone picked up and asked us to come to the police station,â€ he said.

â€œMy mom and sisters are taking the news of his passing the hardest. We have difficulty understanding the way in which he was murdered,â€ Nani Chehore said.

Uber spokeswoman Samantha Allenberg confirmed the murder and Uber is assisting the bereaved family who plan to bury Chehore in his home country, Zimbabwe.

SAPS spokesman Lieutenant Colonel AndrÃ¨ Traut said on Saturday the case remained unsolved and no arrests had been made.