Johannesburg- On 15 March 2016, the Supreme Court of Appeal (SCA) ruled that the South African government had a duty to arrest President Omar al Bashir in terms of domestic and international law and that failure to arrest him was unlawful. 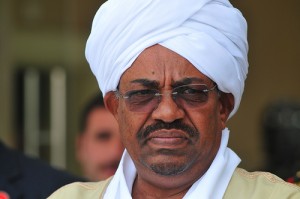 President Bashir arrived in South Africa for the African Union Summit in June 2015 and after hearing of his arrival and the fact that he had not been immediately arrested, SALC, seeking to ensure that the government honours its domestic and international law commitments, approached the North Gauteng High Court seeking the implementation of the ICC arrest warrant.

The High Court issued an interim order on 14 June 2015 preventing Bashir from leaving the country pending the finalisation of the matter which was set down for hearing on 15 June 2015.

The Court reconvened on 15 June 2015 and after hearing submissions from all the parties, it ordered that President Omar al Bashir be arrested and detained for subsequent transfer to The Hague. Despite the courtâ€™s ruling, the government allowed President Bashir to leave the country.

The High Court found that the stateâ€™s actions were unconstitutional and therefore invalid.

After being denied leave to appeal by the North Gauteng High Court, the state took the matter to the Supreme Court of Appeal alleging that President Bashir is protected by head of state immunity hence their alleged inability to arrest him for transfer to the ICC.

â€œWe are thrilled with the SCA verdict as South Africa should not be treated as a safe haven for suspected perpetrators of egregious crimesâ€ said Kaajal Ramjathan-Keogh, SALCâ€™s executive director. â€œThe South African government should seek to uphold the rule of law instead of shielding suspected war criminals and the SCA has made this clear today.â€

For background on the case: http://www.southernafricalitigationcentre.org/cases/ongoing-cases/south-africasudan-seeking-implementation-of-icc-arrest-warrant-for-president-bashir/