A ZIMBABWEAN carer who raped a woman and sexually assaulted another has been jailed. 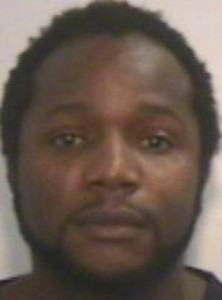 Ashley Dhliwayo, 32, who has always protested his innocence, was convicted after two trials.

The jury hearing his first trial failed to reach a verdict, but he was found guilty of single counts of rape and sexual assault after a retrial at Manchesterâ€™s Minshull Street Crown Court.

Both victims were forced to give evidence and relive their ordeals in court twice as a result.

One was in court for the sentencing hearing, and broke down in tears as Dhilwayo was led away from the dock by security staff to start his jail term.

Judge, Angela Nield, said Dhliwayo, of Mayfield Road, Whalley Range, had shown a â€˜pattern of increasing sexual behaviourâ€™ before he committed the attacks in the Trafford area.

She said Dhliwayo, a refugee from Zimbabwe, gave the first victim â€˜unwanted sexual attentionâ€™ before he sexually assaulted her.

Judge Nield said: â€œYou suggested that you wanted to have fun, despite her protestations, her shock, her slapping you away. It seemed to you a surprise that she did not wish to go on.â€

The court heard she didnâ€™t immediately make a complaint.

But Judge Nield added: â€œYou went on, only weeks later, to commit a very much more serious offence of rape. You forced your attention on her despite her protestations and despite the fact that she told you no and tried to prevent you.â€
The court heard the rape victim was forced to endure a four-week course of anti-HIV treatment as a result.

In a statement, she told the court that the case has had a â€˜huge impactâ€™ on both her life and the lives of her family.

She said: â€œNever once has he admitted his guilt. My children do not know what has happened. I have had to lie to them for their own good. I just feel happy that it is all over.

Judge Nield went on: â€œTheir whole lives have been impacted on. It has been a period of significant distress for both females.

“Both have struggled to repair that impact. I hope the sentence of this court brings a start to the process of recovery.â€

The victims cannot be named for legal reasons, but were not patients he was caring for.

Dhliwayo, who moved to Manchester with his family from Zimbabwe in 2000, was jailed for nine years and ordered to sign the sex offendersâ€™ register for life. The court heard the Home Office could now investigate his immigration circumstances.