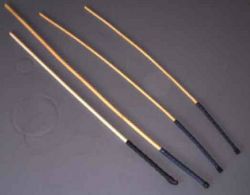 ZRP head of the minerals and border control unit, Earnest Muchekwa, said as police they had held many meetings with their Botswana counter-parts with the hope of ending the flogging of Zimbabweans in that country but the practice had not stopped.

Muchekwa said they have repeatedly impressed the need to observe human rights but have been told that Batswana chiefs have a legal right to flog offenders.

According Machekwa, petty crime offenders are given at least six cuts each for crimes such as failing to produce valid documents such as work or residence permits.

He, however, said that although the practice was yet to end they had noted improvements of late.

In the past, there have been reports of many Zimbabweans sustaining injuries to their buttocks after they were whipped with switches by Batswana chiefâ€™s aides in the areas surrounding the border between the two countries.

Macheka told parliament that while the Batswana chiefs were whipping Zimbabweans Botswana citizens were not being subjected to inhuman treatment in Zimbabwe.

Zimbabweans have been flocking to Botswana for shopping since independence but since 2000 many have been choosing to settle there due to the economic hardships back home.