Zimbabwe is a nation of hardworking, intelligent people, one of the best ranked African nations with a high literacy rate. Wherever Zimbabweans go we always shine as the hardworking innovative group of people. It is sad that in as much as a good reputation has been created world over about us, there are a few elements that are propping up to tarnish our image, an example being when one is walking on the streets of Johannesburg CBD, literally speaking we are more scared of anyone who speaks to us in Shona or Ndebele and we really donâ€™t know them. 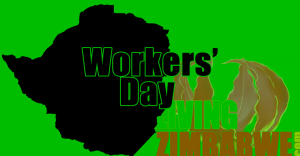 These people will always light the red light of a mugging about to happen to you, especially when you answer in vernacular. This is sad, as we are supposed to look out for each other, especially as we all know where we are coming from as a nation that has been reduced from being a bread basket to becoming a beggar nation, with a 95% unemployment rate and about or over 10million people living in abject poverty. This mainly as a result of the sanctions imposed on our nation. I agree the sanctions are to seek for democracy and a better practice of human rights by our dictatorship political leader and his party.

Unfortunately this is causing the people on the bottom of the food chain, who are the general Zimbabwean populace to suffer more, while the political elite still continues to live in luxury. A recent example being the first familyâ€™s daughter even flying to give birth in a Singapore hospital. How depressing, especially as it rings a loud gong that our health care is collapsing and the gesture shows that they do not trust what they have borne on the nationâ€™s health care system, among the many other sectors they have butchered which are a lifeline of the Zimbabwean populace.

Workers day is supposed to be a holiday when we can celebrate our working class. Workers day has its origins within the historical struggles of workers and their trade unions internationally for solidarity between working people in their struggles to win fair employment standards and more importantly, to establish a culture of human and worker rights and to ensure that these are enshrined in international law and national law of the countries aligned to the International Labour Organisation, which Zimbabwe is also a signatory to.

How ironical as the countryâ€™s few people in the working class and also the many vendors on the street working hard to strive for a better tomorrow for their children, they are constantly being trampled upon by the political elite and the recent new Colonial Masters the Chinese, who get our parents to work for meagre salaries, while they siphon our nationâ€™s resources for the development of the East. I really wish that our leaders who have failed can open their eyes on this day and shudder away from the scene, to give us back our status and dignity and allow the workers to realise their dream of building a better future for their children they work hard for, in a working economy environment and not a joke they have reduced our beloved Zimbabwe to become.

My thoughts go to the Zimbabweans who worked hard to earn a qualification, going hungry as a UBA with the hope of becoming a Manager someday in the corporate world, but are now stuck on the streets selling airtime, or as an Ecocash vendor.

It goes out to the Ziscosteel workers who late last year went to the streets to protest over poor living conditions, abuse of workers by top management and failure by the government to resuscitate the sleeping iron and steel making giant. Also to the relief teachers who were told out of the blue to down their tools, when they had already budgeted to take care of their families and extended families, without being given a just reason and also the ones that were recalled back to work with immediate effect.

My tears drop for the 5% working class and the unknown percentage that strives on in the informal sector and also the vendors that have their goods seized by the municipal policeâ€¦for what reason exactly!!!! I DONâ€™T KNOW

RESTORE OUR DIGNITY PLEASE AS A NATION!