Renown author, war veteran and editor of the Patriot newspaper, Alexander Kanengoni (65) who died of a suspected heart attack at his home on Tuesday12th April has been described as a pacesetter who took the lead in inspiring many budding authors through his own writing. 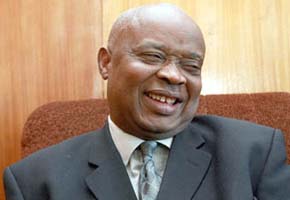 In a message of condolence, National Arts Council of Zimbabwe (NACZ) Communications and Marketing Officer, Cathrine Mthombeni expressed shock and grief at the untimely death of Kamengoni.

â€œThe National Arts Council expresses it’s sincere condolences to the Kanengoni family, to the arts fraternity and to the nation at large at this time.â€ said Mthombeni.

This prominent, talented writer, journalist and war veteran inspired many new authors. Some of his successful publications include Vicious Circle, published in 1983, When The Rainbird Cries in 1988, Silences in 1997, a collection of short stories called Effortless Tears in 1993 and Writing Still in 2003.

Mthombeni added that the death of the late Patriot editor had robbed both his peers and the country as a whole of a dedicated author who had served diligently and in an exemplary way.

â€œThe NACZ and the country will always cherish his passion as a writer. Indeed, the arts industry has been robbed of a talented and dedicated artist. May his soul rest in eternal peace,â€ said a sad Mthombeni.