THE government is evaluating indigenisation complaints and plans submitted by foreign companies amid claims by South African firms in the country that there have been no further developments on the empowerment issue, which they want resolved quickly. 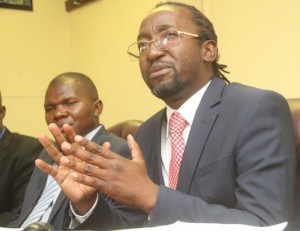 Impala Platinum (Implats) and other South African mining firms in Zimbabwe have inked previous indigenisation deals with Zimbabwe, but these are now being reversed.

Implats, which majority owns Zimplats, said there had been â€œno further developments with the indigenisation plansâ€.

This tallies up with Deputy Indigenisation Minister Mathias Tongofa who told MPs on Wednesday that line ministries were evaluating the indigenisation compliance plans submitted by foreign firms.

Executives with other South African groups in Zimbabwe said they were â€œawaiting responsesâ€ from the government regarding their compliance plans.

South African companies in Zimbabwe that are set to be affected by the indigenisation policy â€“ whose deadline for submission of compliance plans lapsed on March 31 â€“ include Implats, Anglo Platinum, Metallon Gold and Aquarius Platinum among others.

Implementation of the indigenisation policy has caused a rift within his Zanu-PF party, with his nephew Patrick Zhuwawo â€“ who is also indigenisation minister â€“ clashing with Finance Minister Patrick Chinamasa over foreign banksâ€™ compliance.

Chinamasa said banks had essentially complied after submitting their plans, while Zhuwawo hit back saying the foreign banks â€“ including Standard Bank and Nedbank â€“ had submitted unacceptable plans.