AUSTRALIAâ€™S financial regulators got suspicious of some of international money transfer company WorldRemit's customers with surnames like "Goodnews" and "Kissmore", suspecting they were fake names used for fraudulent transfers. 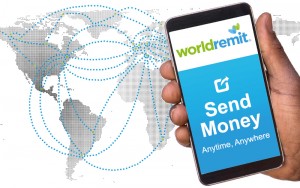 But company CEO Ismail Ahmed told Business Insider at Money2020 Europe in Copenhagen this week that the names were genuine â€” the customers were from Zimbabwe, which apparently has a lot of unusual names Ahmed says.

Other odd names include Loud, Easyway, Clever, and Sugar. WorldRemit’s country manager in Zimbabwe is called Pardon, for instance, which has caused some confusing phone conversations.

Ahmed mentioned the point about surnames as he was talking about the increasingly vital role regulation and good compliance is going to play in the success of many fintech startups as they grow.

Somali-born Ahmed was formerly anti-money laundering advisor to the UN and in fact blew the whistle on fraud and corruption at the UN Development Programme in Nairobi.

It resulted in his dismissal and threats from within the organisation but he ultimately won his case at the UN Ethics Committee.

WorldRemit processes over 400,000 transactions a month, focusing on the remittance market â€” migrants sending money back to family in their home country â€” and mobile wallets.

The 6-year-old company was valued at $500 million last year. It secured a $45 million line of credit from US growth fund TriplePoint Venture Growth and Silicon Valley Bank in February.