Veteran arts director and playwright, Stephen Chifunyise took a swipe at journalist who churn out negative publicity about local artist. 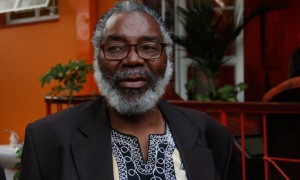 Speaking at a stakeholders meeting attended by members of the Promoters and Arts Associations on 27th of April, the highly renowned Chifunyise castigated reckless media personnel for not promoting artists and their craft and for often depicting them in a bad light.

â€œAs promoters and stakeholders of the arts we bemoan the tendency by some media practitioners to report only the negative aspects about artists when, in fact, the media have a critical role to play in promoting and developing the country’s rich and diverse arts and culture by positively profiling artists,â€ he said.

Chifunyise encouraged journalists to use their skill as a constructive instrument to change the worldâ€™s perception about the country and it’s people by promoting the culture and arts of this culturally rich nation.

Another speaker at the same event encouraged professional journalists and editors to make wise choices before publishing articles about practising artists and to ask themselves if it will be to the benefit of the public, the artist in question and the country as a whole.