MUTARE: South African manufacturers want their government to slap restrictions on Zimbabwean products in retaliation for measures by Harare to restrict imports from its southern neighbour. 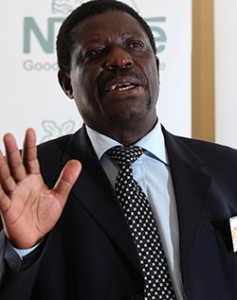 The bulk of the goods â€“ among them basics such as soap and cooking oil â€“ were imports from South Africa, Zimbabweâ€™s largest trading partner.

â€œA few weeks ago we had a SADC business meeting in Gaborone,” said Bimha.

“I managed to have a discussion with the South African Minister of Industry and Trade (Davies), and he said manufacturers were not happy that Zimbabwe was closing its borders against South Africa goods. He said they have asked their government to implement similar measures against our own products.â€

Trade between Zimbabwe and South Africa stood at $4,2billion in 2015, according to the Zimbabwe National Statistics Agency (ZimStat).

South Africa accounts for 48% of Zimbabweâ€™s overall trade. Any measures against Zimbabwean goods by South Africa would further weaken the countryâ€˜s economy.

Cairns Holdings has joined the long list of local manufacturers who are seeking protection from government by means of duty increment on imported products, which they also manufacture.

Bimha said he had to clarify to Davies that the measures were temporary and meant to resuscitate ailing industries that took a nosedive during the hyperinflation era back to competitiveness.

â€œI had to explain to him that, the measures are not by choice but coming as a remedy to our industries that were affected by sanctions and the hyper-inflationary era,” said the minister.

“So I informed him that we are only assisting local companies, inorder for them to bounce back to productivity. After such a time, we will then open up our borders and the (local) manufacturers can compete with your products as before.”