A MAN has been arrested on suspicion of murder after a Zimbabwean woman was stabbed to death in a Sheffield home Tuesday morning. 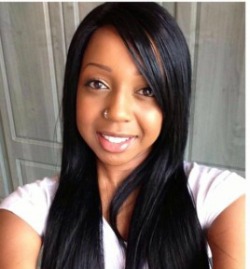 Could not be saved … The late Zanele Mahachi

The 37-year-old Zimbabwean man, from the Colchester area, was arrested Tuesday afternoon after South Yorkshire Police launched a murder probe and a manhunt.

He has been remanded in custody where he will be questioned by detectives.

She was rushed to hospital but could not be saved.

Emergency services were alerted to the incident at 8.15am.

A South Yorkshire Police spokeswoman said: â€œAt around 8.15am today, police were called to Spotswood Close in Gleadless Valley to reports that a woman had been stabbed.

â€œThe 22-year-old was taken to hospital but died a short time later. Her family has been informed.â€

â€œWe are treating this as a targeted attack and I can reassure members of the public that we have a large number of resources at the scene and are pursuing a number of lines of enquiry to establish the full circumstances.

â€œA murder investigation is underway and we urge anyone with information or anyone who saw or heard anything in the Spotswood Close area this morning to contact us.â€

A post-mortem was expected to take place late Tuesday.

A Gleadless Valley resident said: â€œI saw the ambulance and police this morning at around 8.25am, now police are everywhere.â€

A number of streets are cordoned off with police tape, with police officers guarding the scene.

A number of blocks of flats are within the cordon.

Another resident said a police major incident van is parked at the crime scene and forensic experts are carrying out searches of the area.

She said they examined a number of cars and took photographs of them earlier today.