HARARE: Indigenisation Minister Patrick Zhuwao on Thursday backed off threats to take precipitous action and close foreign firms deemed to be non-compliant with the countryâ€™s local ownership law, but accused the central bank of misleading foreign banks over the regulations. 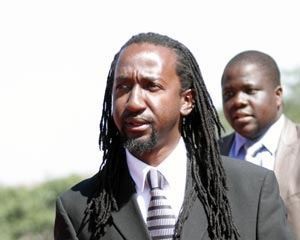 Last week, Zhuwao announced that President Robert Mugabeâ€™s cabinet had given a March 31 ultimatum for the cancellation of licences for all foreign firms that have not complied with Zimbabweâ€™s empowerment law, which requires the transfer of majority control in all major businesses to local blacks.

Legal experts have, however, said the law does not empower government to cancel business licences over non-compliance with the law.

On deadline day Thursday, Zhuwao told reporters that non-compliant firms would be subjected to a process before their licences were cancelled. Even then, Zhuwao seemed to change tack, hinting at exerting pressure on foreign-listed firms on their respective bourses.

â€œThat process is very exhaustive; itâ€™s a fair and thorough process. It is a process which starts with a line minister satisfying himself or herself that there is no serious intention to comply. Then the line minister will notify the non-compliant business that they have not complied and that if they continue to defy, the minister has the intention of withdrawing the licence,â€ Zhuawo said.

Zhuwao said one such third party would be the foreign stock exchange where the non-compliant business is listed.

â€œHere now it becomes very important and here I want to be able to communicate this to companies listed on foreign stock exchanges and they need to be very clear and very aware of the implications of the line minister notifying relevant third parties.

â€œOne such relevant third party is the foreign stock exchange where that particular company is listed. The implications on the share price of those particular entities is going to be astronomical and catastrophic not only to their operations in Zimbabwe but also to their operations in other territories where they are operating. So companies that are listed on foreign stock exchanges need to be aware that if they donâ€™t comply they are actually putting the value of their shareholders at significant risk. When the value falls, it will fall so significantly to a point where the cost of non-compliance will be so big that these companies will wish they had simply given away 100 percent of that share to indigenous Zimbabweans.â€

Analysts have cast doubt on the governmentâ€™s ability to carry out its threat to close firms it deems to be non-compliant with the indigenization act.

Legal expert Derek Matyszak of the Research and Advocacy Unit says the clause cited by Zhuwao only refers to firms which have undertaken corporate actions such as mergers, demergers or unbundling which do not produce a shareholding structure that is â€œacceptably indigenous.â€

â€œThey are ONLY those companies which have engaged in transactions referred to in sections 3(1)(b), (c), (d) or (e) of the Act. These subsections refer to companies which have undertaken restructuring, unbundling, de-mergers, relinquishment of a controlling share or new investments for which an Investment Licence is required â€“ and have done so without an acceptably indigenous resultant shareholding. Any cancellation of a licence of a business falling outside of this group is a violation of the law. So much for Mr. Zhuwaoâ€™s claims about the rule of law and compliance with the legislation.â€

â€œThe legal processes themselves actually require at least two formal engagements with the institutions. We will follow the letter of the law,â€ Zhuwao said.

The pugnacious indigenization minister, who is Mugabeâ€™s nephew, also expressed frustration with some line ministers and licencing authorities, whom he said would answer to the president if they chose not to implement the cabinet decision to cancel licences of non-compliant firms.