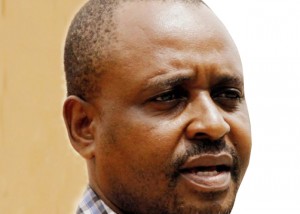 Mashingaidze’s contract with the soccer controlling body expired on the 1st of April and it had been thought he would continue discharging his duties with ZIFA president, Philip Chiyangwa, seemingly rooting behind him since he was elected to the top post on December 5.

“Following the ZIFA Executive Committee meeting, the Committee has chosen not to renew the contract of CEO Jonathan Mashingaidze. Joseph Mamutse takes over as acting CEO with immediate effect,” said a brief statement from ZIFA Communications officer, Xolisani Gwesela.

The Zifa executive committee was expected to also discuss, among other issues, the future of suspended technical director, Takaendesa Jongwe, but details were not immediately available.

Zifa has chosen to keep a tight lid on the Jongwe case, but insubordination is understood to be part of the charges against him.

This comes after the association also fired Twine Phiri who was the PSL chairman. Highlanders chair, Peter Dube, has since replaced him after he was elected by the PSL assembly.